– Additional AAT correctors to enter the clinic starting in 2023 –

Vertex announced that the U.S. Food and Drug Administration (FDA) has cleared the Investigational New Drug (IND) Application for VX-634 enabling the company to initiate a first-in-human clinical trial for this small molecule AAT corrector in healthy volunteers. VX-634 is the first in a series of next-wave molecules under investigation with significantly improved potency and drug-like properties compared to previous Vertex AAT correctors, allowing potential exploration of the full dose response.

Additionally, Vertex will initiate a 48-week Phase 2 study of VX-864, a first-generation AAT corrector, to assess the impact of longer-term treatment on polymer clearance from the liver, as well as the resultant levels of functional AAT (fAAT) in the plasma.

The hypothesis that VX-864 may clear liver polymer stems from recently concluded exploratory analyses from the original 28-day Phase 2 study, which showed VX-864 treatment reduced levels of Z-polymer in the blood of AATD patients by an average of approximately 90% from baseline by day 28 at the highest dose. The previous Phase 2 study of VX-864 showed the AAT corrector was generally well-tolerated and demonstrated proof-of-mechanism, with increases in fAAT in the plasma over the 28-day study period.

However, the magnitude of treatment effect was insufficient to advance it to pivotal development. In addition, the prior Phase 2 study did not address the effects of VX-864 therapy on the levels of liver polymer, an important clinical endpoint. The current study is being conducted to determine if longer-term treatment with VX-864 will result in liver polymer clearance and, if so, whether longer term treatment might also result in greater increases in plasma fAAT levels.

“AATD is a serious disease aligned to our research and development strategy, and we remain committed to developing transformative small molecule medicines for patients with AATD with the aim of addressing both the liver and lung manifestations of this disease,” said David Altshuler, M.D., Ph.D., Vertex’s Executive Vice President, Global Research, and Chief Scientific Officer.

“By simultaneously advancing new, more potent molecules into the clinic and assessing the impact of longer-duration treatment, we expect to have both the assets and the data necessary to progress our AAT corrector program in 2023.”

Consistent with its portfolio approach for all programs, Vertex is bringing forward additional next-wave AAT correctors, with the next molecules expected to enter the clinic starting in 2023.

AATD is a rare, genetic disease characterized by a protein folding defect which can lead to liver and lung disease. AATD is caused by changes in the SERPINA1 gene that encodes the AAT protein. In the most common form of AATD, which occurs in people with a PiZZ genotype, these changes to SERPINA1 cause the body to produce misfolded AAT protein that gets trapped inside the liver, where most AAT is made. This leads to low levels of AAT protein in the blood. Low blood levels of AAT can allow inflammation to proceed unchecked and damage the lungs. The accumulation of defective AAT in the liver can also lead to liver disease. There is currently no cure for AATD. There are also no treatments that target the underlying protein folding defect that is the cause of the disease.

VX-634 is an investigational small molecule that promotes proper folding of Z-AAT protein and is being evaluated for the treatment of alpha-1 antitrypsin deficiency. VX22-634-001 is a Phase 1, first-in-human, single and multiple-ascending dose study of VX-634 in healthy participants. The key endpoints will be safety, tolerability and pharmacokinetics of VX-634.

This is a Phase 2, 48-week open-label study of the efficacy and safety of VX-864 in approximately twenty participants with AATD and the PiZZ genotype. All participants will receive 500 mg of VX-864 every 12 hours for 48 weeks and undergo periodic clinical assessments. Ten participants will undergo a liver biopsy before receiving VX-864 and will undergo a second liver biopsy at either Week 24 or Week 48. The primary endpoint will be the mean change from baseline in blood levels of functional alpha-1 antitrypsin at Week 48.

Vertex is a global biotechnology company that invests in scientific innovation to create transformative medicines for people with serious diseases. The company has multiple approved medicines that treat the underlying cause of cystic fibrosis (CF) — a rare, life-threatening genetic disease — and has several ongoing clinical and research programs in CF. Beyond CF, Vertex has a robust pipeline of investigational small molecule, cell and genetic therapies in other serious diseases where it has deep insight into causal human biology, including sickle cell disease, beta thalassemia, APOL1-mediated kidney disease, pain, type 1 diabetes, alpha-1 antitrypsin deficiency and Duchenne muscular dystrophy.

Founded in 1989 in Cambridge, Mass., Vertex’s global headquarters is now located in Boston’s Innovation District and its international headquarters is in London. Additionally, the company has research and development sites and commercial offices in North America, Europe, Australia and Latin America. Vertex is consistently recognized as one of the industry’s top places to work, including 12 consecutive years on Science magazine’s Top Employers list and one of the 2022 Seramount 100 Best Companies. For company updates and to learn more about Vertex’s history of innovation, visit www.vrtx.com or follow us on Facebook, Twitter, LinkedIn, YouTube and Instagram.

This press release contains forward-looking statements as defined in the Private Securities Litigation Reform Act of 1995, as amended, including, without limitation, statements made by Dr. David Altshuler in this press release, and statements regarding the expectations for the clinical trial of VX-634, including trial design and potential benefits of VX-634, the plans to initiate a Phase 2 study of VX-864, including timing of initiation and study design, the expectations for and potential benefits of VX-864, and the expectations that the next AATD molecules will enter the clinic starting in 2023. While Vertex believes the forward-looking statements contained in this press release are accurate, these forward-looking statements represent the company’s beliefs only as of the date of this press release and there are a number of risks and uncertainties that could cause actual events or results to differ materially from those expressed or implied by such forward-looking statements. Those risks and uncertainties include, among other things, that data from a limited number of patients may not be indicative of final clinical trial results, that the trials may not be initiated or completed in the expected timeframe, or at all, that data from the company’s development programs may not support registration or further development of its compounds due to safety, efficacy, or other reasons, and other risks listed under the heading “Risk Factors” in Vertex’s most recent annual report filed with the Securities and Exchange Commission (SEC) and available through the company’s website at www.vrtx.com and on the SEC’s website at www.sec.gov. You should not place undue reliance on these statements or the scientific data presented. Vertex disclaims any obligation to update the information contained in this press release as new information becomes available. Jimmy Choo celebrates the festival of lights by unveiling the 2022-India Diwali Edition. 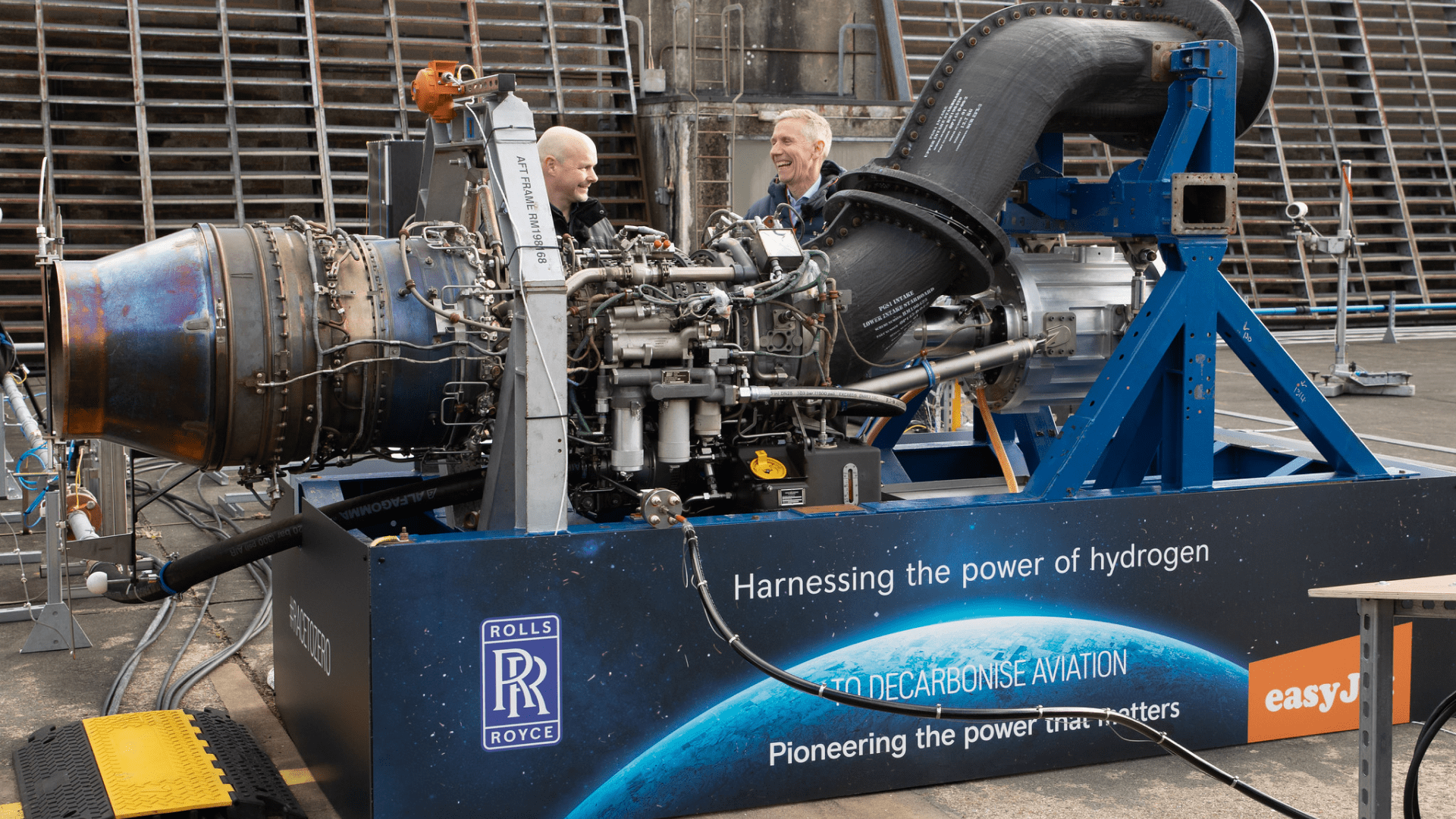 Rolls-Royce breaks new ground with the testing of a hydrogen-powered jet engine.

Prev. article
Nissan incurs a $687 million loss by selling its Russian operations for €1 to NAMI.
Next article
Russia adds Meta to its list of "terrorist and extremist" groups.
TOP
We use cookies on our website to give you the most relevant experience by remembering your preferences and repeat visits. By clicking “Accept”, you consent to the use of ALL the cookies.
Do not sell my personal information.
Cookie SettingsAccept
Manage consent